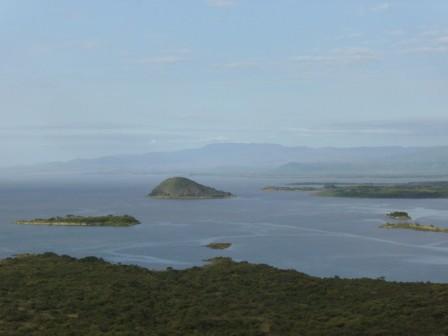 The Great Rift Valley cuts through Ethiopia, beginning the in Middle East, and extending south through Africa to Mozambique.  The lakes are as varied as they are plenty.  From Debre Zeit to Arba Minch, these lakes dot the landscape providing a home to a variety of birds, a refreshing watering hole to diverse wildlife, and a relaxing location for those in need.  Lake Langano is a popular weekend getaway from Addis Ababa, with a variety of water-based activities available.  Lakes Abiatta and Shala form the Abiatta-Shala National Park.  Lake Abiatta is a shallow soda lake, home to thousands of flamingos, while, in stark contrast, Lake Shala is the deepest crater lake in the country, at 250m.  Lake Awassa provides a peaceful setting in the town of Awassa, and is famous on the tourist circuit for its interesting morning fish market.  Lakes Abaya and Chamo in Arba Minch form part of the Nechisar National Park.  The “crocodile market” at Lake Chamo is one of the best displays of crocodiles in all of Africa. 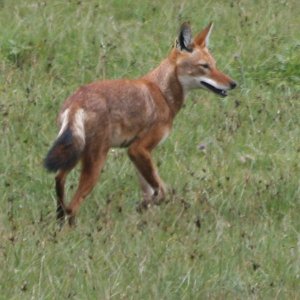 The Bale Mountains is one of the best places in Ethiopia to see wildlife.  The most popular residents here are the endemic Ethiopian wolf and mountain nyala.  For birdlovers, the Bale Mountains are a paradise, with over 250 recorded species living in the park boundaries, at least 16 of which are endemic to Ethiopia.  The most popular areas for wildlife viewing are the Sanetti Plateau, where the Ethiopian wolf is most commonly seen, as well as the Harenna Forest, a dense, moist forest with an abundance of plant-and wildlife.

Not far from the Bale Mountains lie the Sof Omar caves.  Said to be the largest network of caves in Africa, they stretch 15.1km (9.5 miles), with the Web River snaking through the cave system the entire distance.  The most stunning feature of the caves are the towering limestone pillars, the most famous of which are located in the Chamber of Columns.  Not only a natural wonder, the Sof Omar caves are an important religious center for both Islam as well as local animist religions. 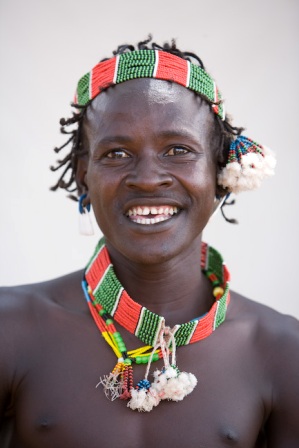 The Omo Valley is increasingly popular on the southern circuit, with its varied tribal peoples living virtually untouched by modern society.  Witnessing the local practices of living purely from natural resources is a humbling and inspiring experience.  The landscape is equally spectacular, as it descends from the highlands, to wet forests, through open savannahs, and eventually to the searing desert lands on the shores of Lake Turkana.

The Omo and Mago National Parks are tucked along the banks of the Omo River, the life-giving waterway that runs through the Omo Valley.  While wildlife sighting are rare, many species still roam these lands.  The most interesting natives of this land are the Mursi people, known around the world for the clay plates worn in their lower lips and earlobes. 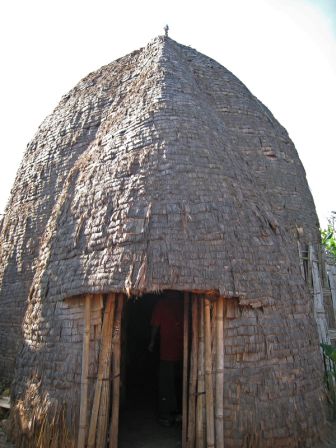 The Dorze people are always a delight to visit, as the children begin their unique Dorze “rump-shaker” dance almost before you enter the village!  The houses of the Dorze people are tall structures, resembling a beehive.  Inside the hut, a section is partitioned off for the family’s animals (cows and goats rather than dogs and cats) to sleep inside during the cold rainy season.  The Dorze people are very skilled weavers, providing a vast majority of the country’s traditional cotton gabis and other uniquely Ethiopian clothing.  The Dorze in particular prefer bright colorful patterns. 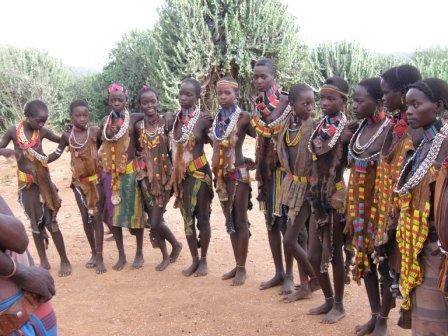 Truly the stars of the Omo Valley, the gracious people of the Hamer tribe offer amazing cultural experiences for the visitor.  The Hamer women are easily spotted with their characteristic hairstyle – long dread-like ringlets formed by mud and butter.  They take pride in their dress and accessories, and win the prize as the most decorated of the Omo people.

Almost nightly, the young Hamer men and women join for their local dance, known as Evangadi.  A sort of “Hamer night club”, the event serves as a meeting place for young Hamer bachelors and bachelorettes to mingle and dance with each other.

The most unique ceremony is the pre-wedding event, known as Jumping of the Bulls.  This traditional ritual is a sort of coming-of-age for Hamer boys wishing to marry.  Several bulls are placed in a line while the young man, wearing the clothes he was born with, jumps on the backs and over the entire line of these large, patient beasts.  This is a truly impressive festival that one can only be lucky enough to witness. 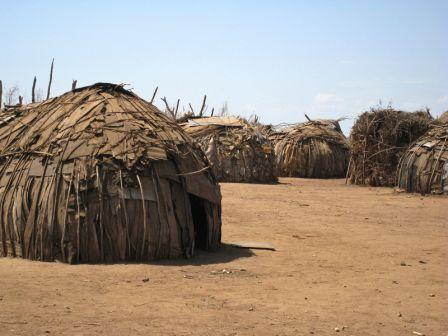 Another very gentle tribe, the Dassenech live in the hot dry desert of the lands straddling the border with Kenya.  Rare is the Dassenech man or woman who stays in one place for a long period of time, as with most tribes, their lives revolve around feeding and protecting their cattle.  Their modest mobile huts reflect this, as they are easily dismantled for quick transport.  Situated close to Lake Turkana, they have access to fishing as an additional source of food. 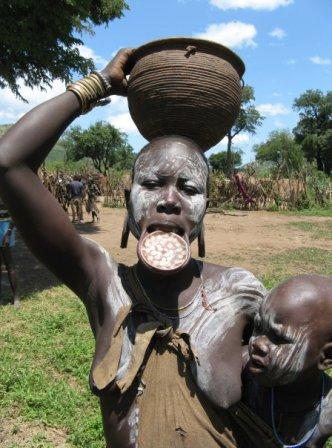 The Mursi live deep in the Mago National Park.  They might be the most famous of the residents of the Omo Valley, due to the clay plates worn in the lower lips of the Mursi women.  When a young Mursi girl reaches maturity, a small slit is made in her lower lip, where a wooden plug is inserted.  If they so choose, the women stretch the lip with increasingly larger plates.  Women with the largest lip plates are seen as the most beautiful.College of Biological and physical Sciences.School of Biological Sciences. School of Physical Sciences. Department of Meteorology.Department of Physics.